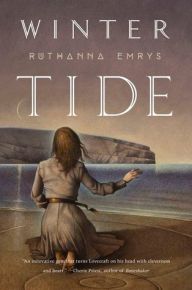 We saw last time for all of HP Lovecraft’s lasting influence it can be difficult to see past his racist views. That’s why today I wanted to take a look at Winter Tide, by Ruthanna Emrys.

Winter Tide is, in essence, an unofficial follow-up and deconstruction of The Shadow over Innsmouth. The backstory hypothesises that after the 1928 raid on Innsmouth described by Lovecraft, the inhabitants were carted away to the Arizona desert and held in internment camps where they were treated as enemies of the United States. Their libraries of sacred texts and priceless artefacts were raided and their treasures carted off to be studied by academics and intelligence services, in an apparent parallel with historical imperialism

The story picks up in the 1950s, with Aphra Marsh, the granddaughter of the same Obed Marsh that brought the Deep Ones to Innsmouth. She lives in San Francisco with the Japanese family that adopted her in an Arizona internment camp (just to drive home the Deep Ones=interred aliens metaphor). When the FBI approach Aphra to learn if the magical secrets of her ancestors might fall into the hands of communist spies, she sees the opportunity to return home to Innsmouth and reclaim the heritage of her people.

Winter Tide deals deftly with the more problematic themes of Lovecraft’s work. Emrys recontextualises the Deep Ones that inhabited Innsmouth not as savage alien invaders, but the peaceful heirs to a vibrant culture who the government unfairly targeted for discrimination. It also makes up for the relative paucity of women in Lovecraft’s story by including several capable female leads.

Winter Tide is not strictly-speaking horror, but it presupposes the reader is familiar with Lovecraft’s work. It’s a genuinely sweet and warm-hearted fantasy novel about finding your family even when you think you’ve lost them. It’s about perseverance in the face of persecution. It’s also incredibly relevant to the state of the world today: letting the monsters of Lovecraft’s world speak for themselves it provides commentary on how we are still tempted to hate and fear anything different from ourselves. 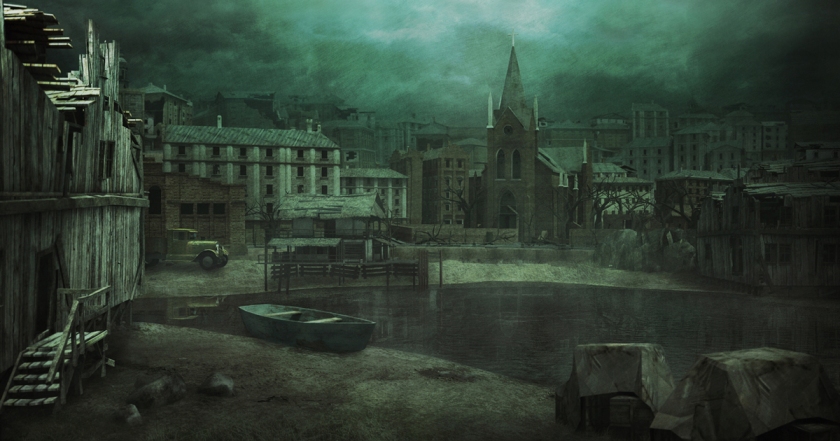 “Where does madness leave off and reality begin?”

HP Lovecraft’s inclusion in Spooktober was inevitable: he is arguably the most influential voice in horror of the twentieth century. Lovecraft transformed horror by detaching it from its religious underpinnings: his monsters are not ghosts or undead creatures (evidence of a Christian or at least spiritual afterlife), but immense, unknowable cosmic abominations, as old and as vast as the universe itself. Terror in Lovecraft’s Cthulhu Mythos comes not from the ghostly hand on one’s shoulder, but from looking up at the stars thousands of light-years away and realising how small and pointless our lives are, and how fragile our sense of reality can be when it is challenged.

When deciding which of Lovecraft’s stories to discuss, I wanted to choose something that best represents Lovecraft’s eccentric worldview. Note that I don’t want to pick Lovecraft’s “best” story, just the one that best sums up his themes. I wanted to discuss something that represents the best of the author as well as the worst while mitigating some of the latter: because whether we wish to admit it or not, Lovecraft espoused views that are at best uncomfortable when expressed in a modern context.

In the end, decided to go with one of Lovecraft’s most famous novellas, The Shadow Over Innsmouth, since I feel it is one of his most accessible, and one of the meatiest of his stories. It tells the tale of Robert Olmstead, whose genealogical tour takes him to “rumour-shrouded Innsmouth” in rural Massachusetts, where he makes a startling discovery about the town, its inhabitants, and his family past.

Innsmouth ties into the rest of Lovecraft’s mythos since the denizens of the town explicitly worship the thalassic monstrosities mentioned in Dagon and The Call of Cthulhu. But it also stands on its own merits as one man’s slow realisation about what is going on, both to Innsmouth and to his own body. More than most of Lovecraft’s protagonists, Olmstead feels like a modern literary protagonist undergoing a distinct narrative arc. His story benefits from multiple read-throughs. I remember feeling disappointed at the twist ending, thinking that it was an unearned cheap scare that relied on coincidence designed to cap off the story; but on multiple read-throughs, it’s clear that the hints are there if the reader is paying attention.

The Shadow over Innsmouth splits neatly into two halves: the first half builds tension by introducing the many rumours and tall tales surrounding the town, and drip-feeding the reader hints about what’s going on in Innsmouth. The second half feels a little weaker: the narrative switches from horror to action as Olmstead tries to escape Innsmouth. Lovecraft’s notoriously baroque prose isn’t well suited to action, and the pace suffers.

Moreover, the second half is when the author’s infamous xenophobia begins to take over. Lovecraft’s racism is, unfortunately, baked into the DNA of Innsmouth. It’s not as explicit or unpalatable to modern sensibilities as, say, The Horror At Red Hook, but it’s there all the same. It’s suffused with the fear of “miscegenation,” of the “dilution” of white racial purity through mixing with others. Innsmouth is a literal breeding ground for stunted, inhuman horrors that will in time overwhelm civilisation with their numbers, a motif that has been repeated in racist polemic right down to the present day.

It would be tempting to ignore or downplay Lovecraft’s noxious worldview as the product of his time (though in truth his views were extreme even for the 1930s), though it is more useful and mature to engage with it critically. Horror has always leaned on problematic tropes: it’s an inherent risk for a genre that seeks to disturb and to shock. I used to think that it was okay to compartmentalise the racism of Lovecraft’s as something our society had moved past: but the events of 2017 have shaken my hope that we have moved past such toxic views. Lovecraft’s racism can and should shock us, and it’s perfectly acceptable to pull away and refuse to engage with his work.

So, consider this a provisional recommendation: The Shadow over Innsmouth is not and should not be for everyone. Many of the themes it explores— man’s insignificance, body horror and alienation— are still relevant, but I’ll leave it up to each reader as to how far they want to delve into the cosmic abyss.

Read The Shadow over Innsmouth here, or listen to the BBC radio adaptation here.